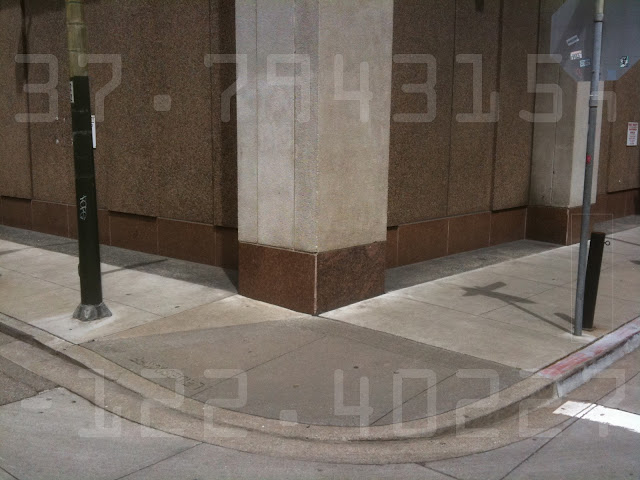 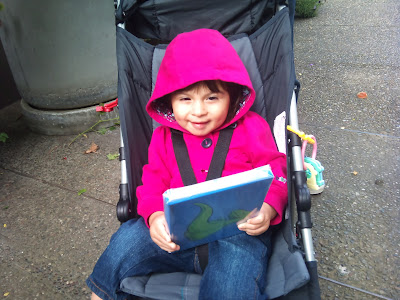 Here's a summary from Kimber of the hunt:
Donny, Rue and I were loaded up and ready to hit the streets for Dino#17, and the clue dropped! I knew right away that the numbers on the image were GPS coordinates. The only problem I was having is that I was missing the (,) and the (-) when I was putting them in my google maps app. I hadn’t noticed them being part of the image. Therefore, my result kept coming up as “Yellow Sea” in Korea. Thinking this might be some silly part of a clue, I searched “yellow sea” in SF and Oakland, hoping maybe there was a restaurant, business or landmark with the name. After getting no results, I looked at the image much closer. Alas!! Once I noticed the (,) and the (-) and entered them correctly, we had an address of 217 Leidesdorff St, in SF! 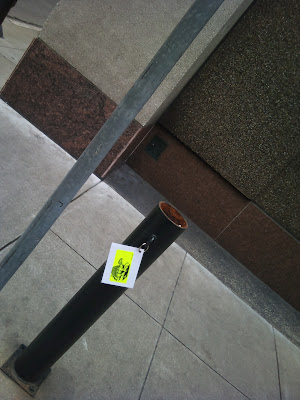 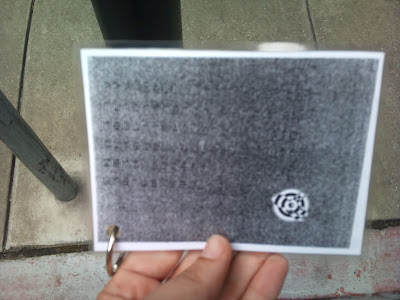 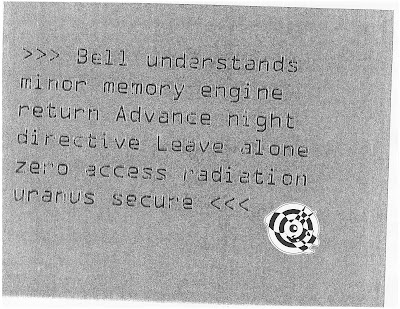 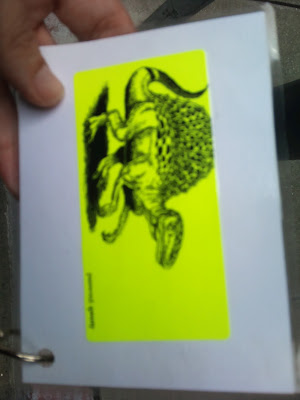 Upon arriving at the corner pictured in the clue, I immediately noticed a little card hanging from the pole on the right. I quickly took all the information from the card and headed back to the car where Donny & Rue were waiting. The front of the card contained a random group of words. On the back of the card, a picture of a Dino and in the corner “password:qwerty”. Donny and I got to work at trying to solve the meaning of the words I jotted down. I couldn’t make sense of them to mean anything specific so I started looking at them being some scrambled word puzzle. After taking the first letter from each word, I got “Bummer and Lazarus”. Donny quickly found a lead on google, containing the location of a plaque, just a block away, honoring the two stray dogs that once roamed the city streets. 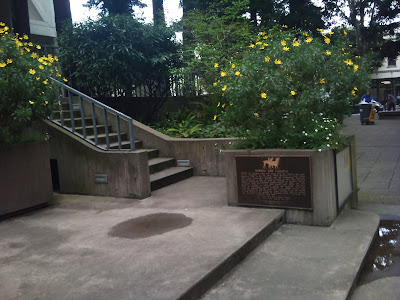 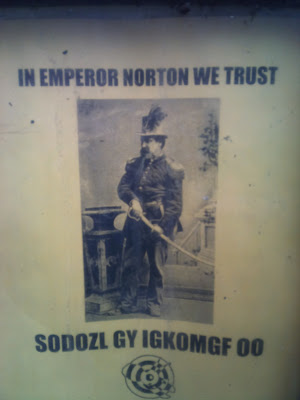 As Donny & Rue circled the block, I quickly roamed through the Transamerica Redwood Park. On the concrete planter box where the plaque was located, there was a picture with text that read “In Emporer Norton We Trust” “SODOZL GY IGKOMGF OO”. Back at the car with Donny&Rue we started googling and letter scrambling. For the moment, the password:qwerty had spaced my mind, and no letter codes I was familiar with were working to solve the jumbled letters. After googling, Donny had found information on Emporer Norton that linked him to Mark Twain, as well as San Francisco Brewing Co. Near the park there was an alleyway named after Twain, but after a thorough search, we found nothing in that alley. San Francisco Brewing Co. was not too far away to walk, just a few blocks up Columbus.


Upon realizing the SF Brewing Co. was a bust, Donny remembered the password:qwerty and learned how to use the code to solve the jumbled letters at the bottom. It spelled out “limits of horizon II”. He found that it was a sculpture in a park at One Maritime Plaza, near Embarcadero Two. We quickly headed back down that direction and to the park. Once at the park, we looked all around the sculpture trying to find either the Dino or another clue. We were just about stumped when Donny discovered a little tag attached to some fishing line that had been buried in the shrubs and grass. The metal tag had a phone number that I quickly called, and left a message. 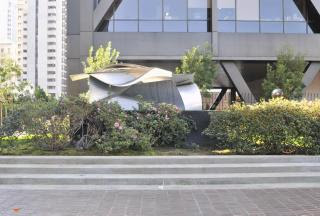 Within a few minutes, I received a callback. The voice on the other end was familiar, and I was asked what the password was. I answered with “qwerty”, and I was then being navigated out of the park and away from the structure. “proceed straight out of the park. Make a right. Make a left. Proced straight. Make a right, make a left, go over the bridge. Etc etc.”  The voice had navigated us to a bridge near Sydney Walton Square, at the corner of Davis and Jackson. We were then instructed to check the round planter box. We let Rue look around and she quickly found the Dino stashed under one of the planters. Success!!
This was an incredibly well put together hunt, and was tons of fun!!
Posted by AdamD at 2:30 PM