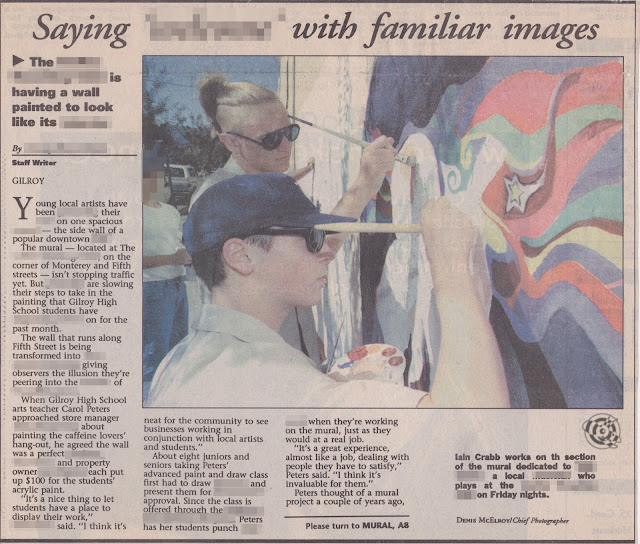 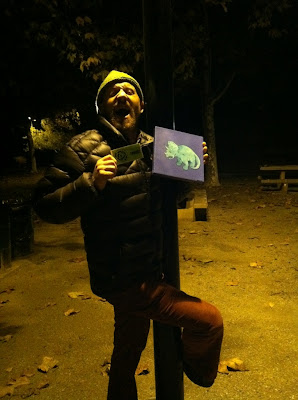 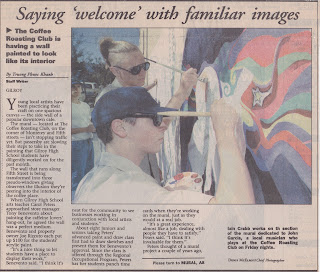 I mainly used the mural as an excuse to cut classes. We were given passes to leave campus to work on it, and 9 out of 10 times I was leaving campus to "work on the mural", I was just playing hooky. I was never really happy with how it turned out, and thankfully, the mural has since been covered up with a new mural of a train. 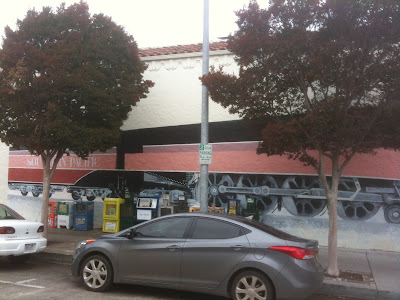 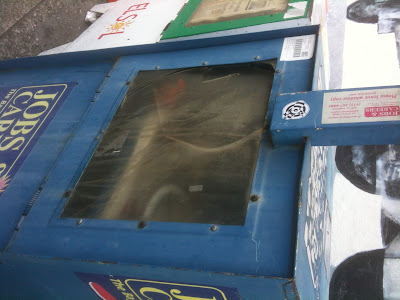 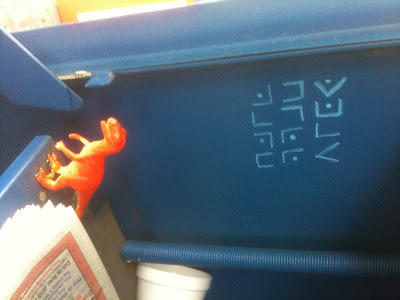 This clue led to Christmas Hill park. When I was a kid, Christmas Hill park had the best playground around. There was a multiple level play area, built all around a huge tree, with at least three different slides coming off of it, and a tunnel behind the structure. I really wanted to incorporate this, but the entire thing (including the tunnel, which had to have been excavated) has since been removed. It has been replaced with a crummy sanitized playground that I can't imagine is nearly as fun for kids to play on.
At the entrance to the park, hung in a tree, was a blow-up globe with dinosaurs all over it. on the north american side of the globe, written on the T-Rex:

At the far end of the park, the Amphitheater bears a plaque commemorating "William N. Economuo". above that plaque, snugly tucked into an alcove, was the painting! 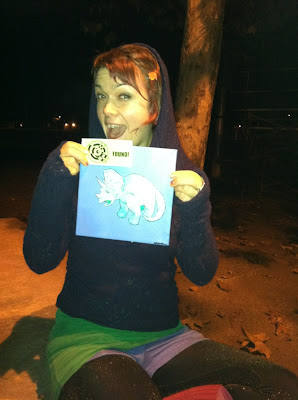 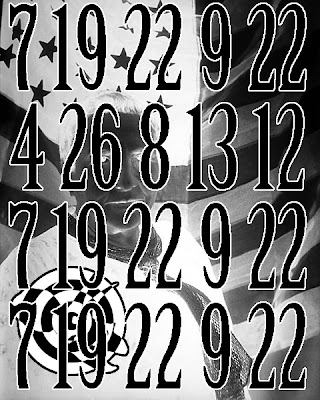 Congratulations to Evan for finding Dinosaur #48!
The above message decodes to "There was no there there", a quote from Gertrude Stein, regarding a visit to her childhood home in Oakland, which was no longer there. There's a giant sculpture on the Berkeley/Oakland border regarding that references this, and at the foot of the "T", there was the painting! 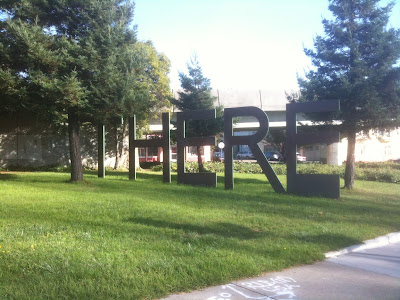