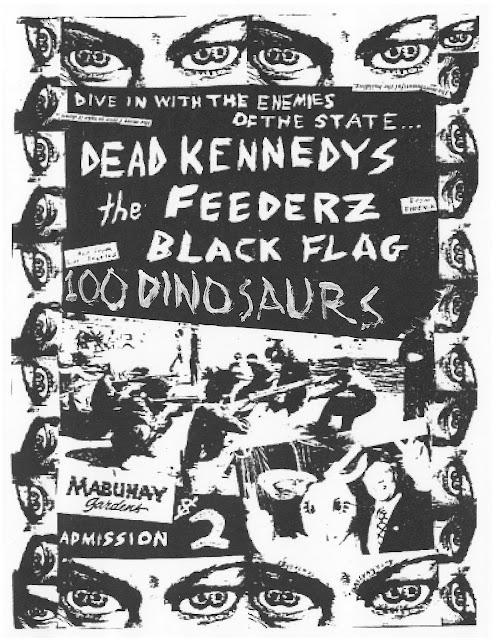 Congratulations to Rue, and her dad Donny for finding Dinosaur #10! 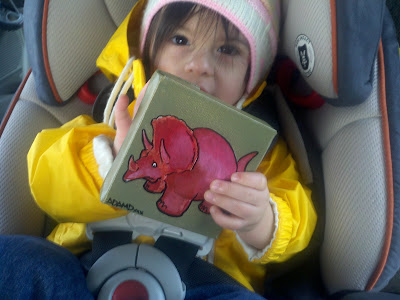 Mabuhay Gardens was a punk venue in the 80's that Black Flag, Flipper and the Dead Kennedy's played at. It was located at 443 Broadway, and stopped having shows long before I could have been interested in attending them. At the former Fab Mab, hunters found this flyer:

﻿﻿﻿
﻿﻿﻿Club Cocodrie was a club that I got to play at, first with Flat Planet and later with Link 80 (actually, the show with Flat Planet was with Link 80, so that was my first time seeing them). It's also across the street from the Lusty Lady. I felt super weird putting up flyers in front of this club 10+ years later, especially since it's now been divided up into office spaces. At this location, hunters found this flyer: 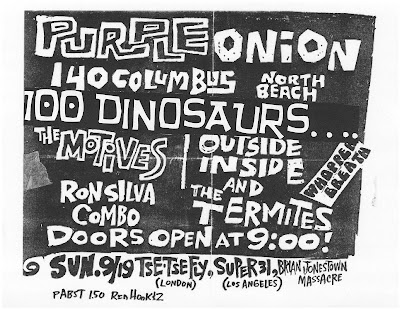 I've never been to the Purple Onion, but Zach Galfinakis filmed a special there that you can stream on Netflix there. Another flyer at this location send hunters on a long walk: 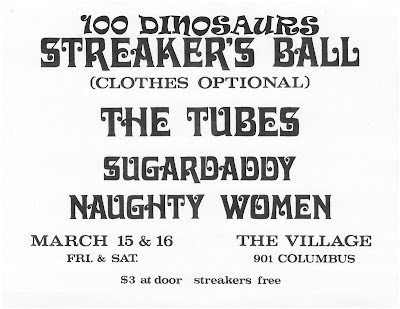 This venue is now a coffee shop next to Cobb's Comedy Club. I stuck the painting under a planter box and marked the location with a sticker. Perfect height for this little hunter to come along and find it! 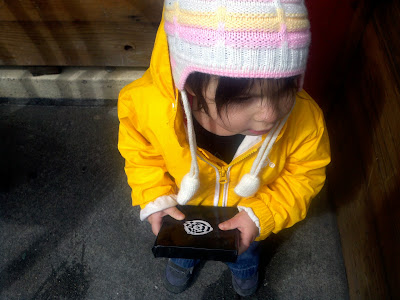 MORE CLUES THIS WEEKEND! TELL YOUR FRIENDS! SPREAD THE HIDE-O-SAUR LOVE!
Posted by AdamD at 2:00 PM